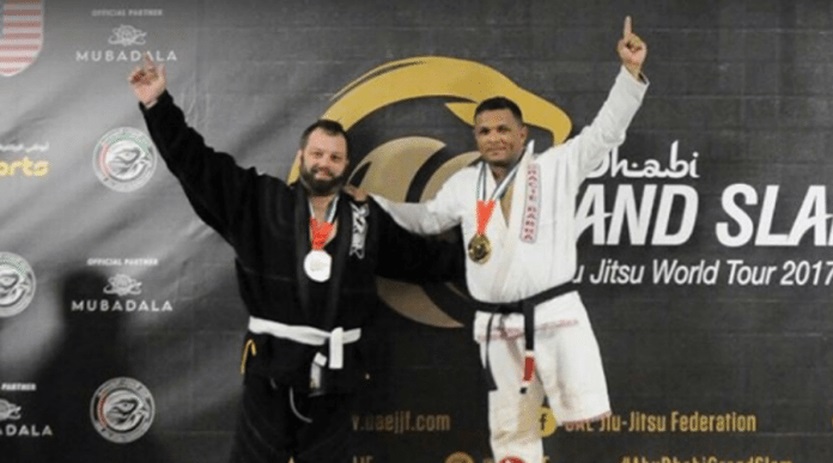 Over this past weekend some amazing things happened in jiu-jitsu.  A couple of “firsts” took place at ADCC in Finland, which was a monumental event.  Here in the USA at the UAEJJF another first happened: a tournament within a tournament, a para jiu-jitsu event, the magnitude of which our small community has never seen.

Anyone who has interacted with or read about some of these people, who have been dubbed “adaptive athletes”, knows how inspiring they are.  These strong individuals undergo the same grind as the rest of us, some with out the use (or absence) of one or more limbs, others with systemic health issues.  This event was truly special in so many ways. 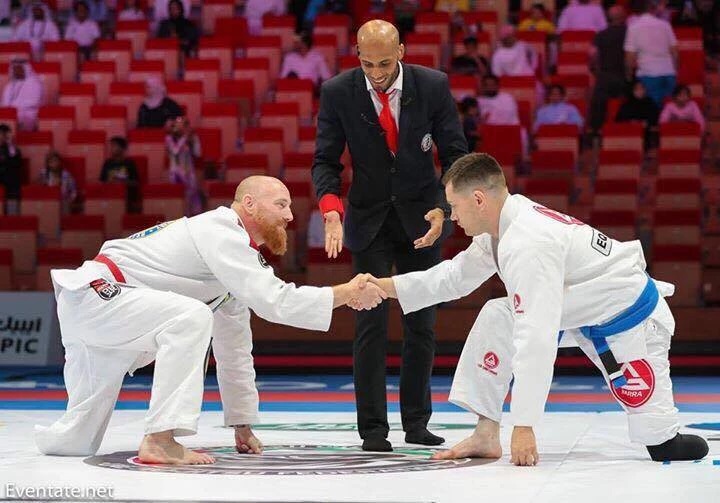 I had an opportunity to chat with the person who organized this event, Ronald Mann.  Mann, who is himself a para jiu-jitsu competitor (an amputee), personally coordinated this event and worked with the UAEJJF to put it on.

I dabbled in jiu-jitsu about twenty years ago, but American jiu-jitsu in the Midwest was not good then. It was just starting to take hold in America with the introduction of UFC. For years I trained American catch wrestling and fought MMA. After I won a 170-pound cage title in Lansing, Michigan, I retired and did not know where my martial arts path would go from there.

I was out for about a year but then was brought to Magic BJJ in Lansing by my friend Mike Mehaffey. As soon as I got there I felt something different. They were very good players but there was a martial spirit that pervaded the school. It was more like family than a fight squad. When I was offered a chance to compete in worlds this year I quit my job and moved to Washington DC for camp at Yamasaki Academy under Professor Fernando Yamasaki and head coach Sean Diveny.   I was able to secure employment as a veterans housing case manager, helping veterans out of homelessness and back into life. Sean once said, “Everything in jiu -jitsu is adaptable.” He’s right. There is no one perfect jiu-jitsu body type. It is a cerebral art, you have to be able to deal with adversity and stress in a real time situation. I live with adversity every day I wake up and put on my prosthetic. Jiu-jitsu helps me overcome preconceived limitations on and off the mat.  I would like to make Para Jiu-Jitsu sustainable for me and see that as my ultimate path. It is a passion that burns my soul. 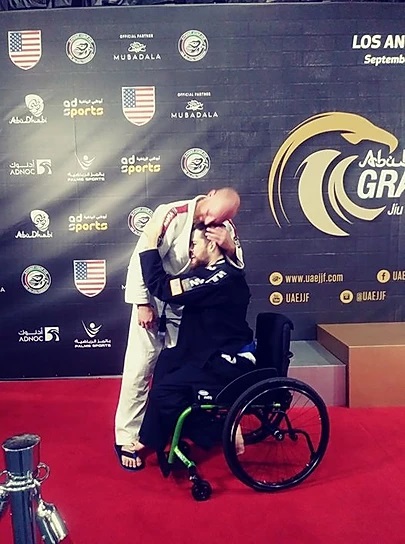 I was interested to learn a bit more about the intricacies of Para Jiu-Jitsu.  How exactly does this group of people fit into our community…?

Para Jiu-Jitsu was created to allow equal competition between disabled athletes. Our categories rank from B1, simple amputation, to B13, complete wheelchair bound. We also include sight impaired and autism/on the spectrum. All of us at the tournament fought in the able bodied divisions as well.  We do this to show that we are equal. We ask for Para divisions for us to be allowed competition between people of the same ability level. One of the guys came up to me right after his fight and was crying with joy. He told me he thought that he would never be allowed to compete in a tournament because of his limitations. The UEAJJF has allowed him ability to show his family and the world he is equal.

I was also interested in exploring Mann’s motivation behind this endeavor.  Why compete at all?  And if a para jiu-jitsu athlete is going to compete, why not just compete against able bodied opponents?

I will always fight able bodied opponents because my goal is to explore jiu-jitsu as it pertains to every situation, physical or mental. Fighting able bodied opponents raises difficulties for me to overcome. I have limited mobility and range across the mat. It makes me establish a game plan that works for me and ***** down my opponents. There is no one jiu-jitsu body type. We all fight strengths and weaknesses. With jiu-jitsu we can overcome that.

Not everyone wants to compete in an open class. I am fortunate to have the ability and desire to do so. I know that anyone on the United States Para Jiu Jitsu team would. But for the future, for those who cannot or do not want to, we should be allowed to compete against the same ability level.

I was also very curious about the process by which Ronald put this event together.

It is a labor of love; there are always trials and growing pains.

After I won UAEJJF Worlds this spring in Abu Dhabi, I was asked by the head of the para division, Elcirley Silva and Rodrigo Valeria to collect a Para team for the United States.

I returned to America at the end of April and began work right away. I have been reaching out to other adaptive fighters that I know, combing through social media and searching for people with disabilities who train grappling. The response has been surprisingly strong.

We identified roughly 30 fighters and were able to bring 10 to Los Angeles for the first American Grand Slam to support Para categories. We were able to find 25 athletes from four countries; Costa Rica, Venezuela, Brazil, and the United States to represent the North American continent and were collecting fighters until two weeks before the tournament. Even before we fought I had people contacting me on Saturday who were seeing our adventure, asking to represent with us next year! 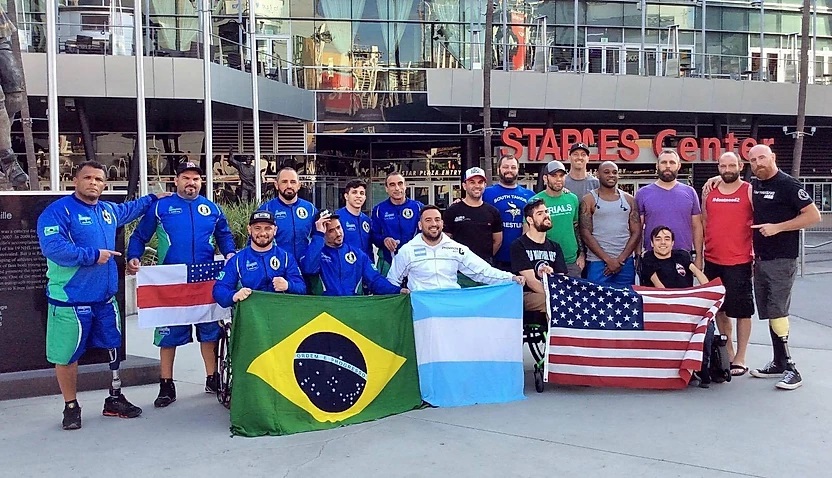 In closing, Ronald Mann had these inspirational words for those interested in his cause:

For a long time I didn’t know if I could continue to live life broken. With jiu jitsu I am whole again. Now, with the help of the UAEJJF, we are equal.