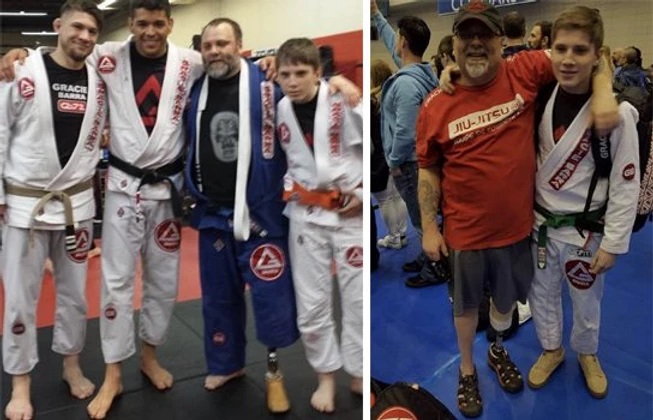 A father from Edmonton is traveling abroad to be Canada’s representative in the first ever Para Jiu Jitsu tournament. His fifteen year old son is traveling with him to compete as well in Abu Dhabi.

News by CTV Edmonton Stacy Duchscherer, who does not have a left leg, originally became interested in the sport while watching his son Ryan compete. Despite being unable to perform many of the takedowns, Stacy became obsessed with the martial art and spent many hours training and competing locally.

This tournament offers the Duchscherers a welcome opportunity for father/son bonding, following the tragic death of Ryan’s mother to cancer just over twelve months ago.